Gang Green and Tho'd Studio teams up with Bigga Rankin to release Yung2's "Pass Me A Lighter 2" mixtape. Support the latest project that was recorded and engineered by Magnolia Elvis at A-Team Studio.… Don Elway went to New York to Record a new song, came back to California and turned it into a Movie. Stay tuned to see what's in Store for the Young Don out of San Diego, Ca. So keep in touch with him via Twitter @Don _ Elway or listen to more from him via https://soundcloud.com/Elwaydamac 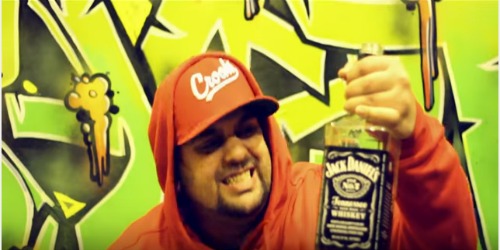 Chicago's own 7oddz is back with the second drop from their "Out For Blood Vol. 3 (Chapter 1)" project, a liquor induced head banger titled "Jack Handle". Following up the debut single of "Last Days", we're treated to a vast display of wordplay from… Portland's Ace Kane and Five Star are more than just rappers, they also call each other biological brothers and together as the duo 2 Reps, they present their latest video, "Sleeping Bags". The North Westerners debut their latest drop from the upcoming "Pole City Redemption"…

It’s iconic to see these super emcees come together with their unique impeccable flows and speaking about real topics that are relevant to the world right now, and in particular, to America. This is what Hip Hop needs!


Detroit’s own Lazarus is back today with a politically-charged single, calling on the assistance of Slaughterhouse power MC Crooked I. The All Def Digital-represented artist gets real on the new track, representing for Muslim Americans and the struggles they… Continue


A Champion is a person who has defeated or surpassed all rivals in a competition, especially in sports. According to boxing legend Muhammad Ali, "Champions aren't made in gyms. Champions are made from something they have deep inside them-a desire, a dream, a vision." Music mavericks T&J AKA Timbo and Jake Furia possess the heart of a champion. In fact, T… Continue

"Bars on Deck" the latest video from Newark, NJ emcee /producer Mr. Reeves serves as the second video from his current EP "The PreGame" available now on I-Tunes & Amazon music. "Bars on Deck" showcases Mr. Reeves ability to spit serious bars all while still producing killer beats. This is just a preview of what he has in store.…

Nine – No Country For Old (Mixtape)

Bronx native,  Nine exploded onto the scene in 1994 with the underground smash “Six Million Ways to Die” feature on…

Alabama's Yung King drops his new video "Zonin". Catalyst with a contagious hook and the like ability to be this summer's club banger. Zonin' is a heightened focus on a goal.

Always On The Grind from Kastro (@BigKastro) - Listen Now @djedubmixtapes Born And Raised In Richmond VA, In The Northside Area Out Of Gilpin Court Projects The New Artist On The Scene yung mane (YM), Is Giving y'all the insight on his life and the streets of RVA - YM made a impact in his city with the hit single "with the bag" & "flick of the wrist freestyle" . with his new project "can't count me out" he plans to make the same impact around the world. Hosted by the OG Bigga rankin dj scream beat billionaire & DJ Phalie We Give To You YungMane (YM) Can't… Continue

Here's the latest visual from Usual Suspecktz for their song “Wa-Oh (The Return)”, which is featured on BobbyO’s upcoming Welcome to the DopeHole 2.5 project. BobbyO’s project drops in February. This song is also on the groups upcoming Guilty By Association project which should be released soon. The group comes by way of Boston, Ma and Miami, Fl. Also be on the lookout for Medicine’s Medicine El Jefe project which is in the works now.…