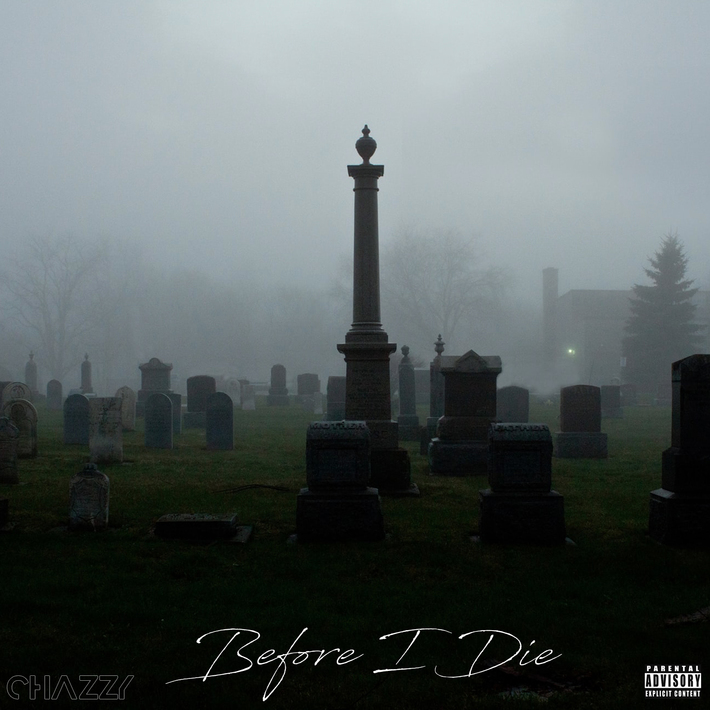 Chazzy is one of those say-exactly-what's-on-your-mind kind of artists and his latest track "Before I Die", does just that. Starting the record off by stating his plans are not yet fulfilled in life, while lashing out at those to "save" whatever negativity they may be spewing, he does not care or cater to such behavior.

The track furthers with bold statements about (his thoughts on) today's society of staying in line and not acting out, with lyrics such as: "...Keep your mouth shut, do what you’re told/Act like a robot, don’t think outside the box". Never backing down and making that clear, he fearlessly makes remarks to today's female obsession with plastic surgery, noting the Kardashians and Nicki Minaj as improper role models.

The tracks last verse brings a rhyme scheme that shows not only can he get his point across, but he demonstrates a creative rhyme pattern while doing so. Further attacking this eras delusion with "fake asses", narrating his boredom with today's music, declaring his opposition are "as about as real as mannequins" — when the whole world has lost their mind, when it all falls apart, he plans on saving himself.

"Before I Die" is available on streaming platforms now.