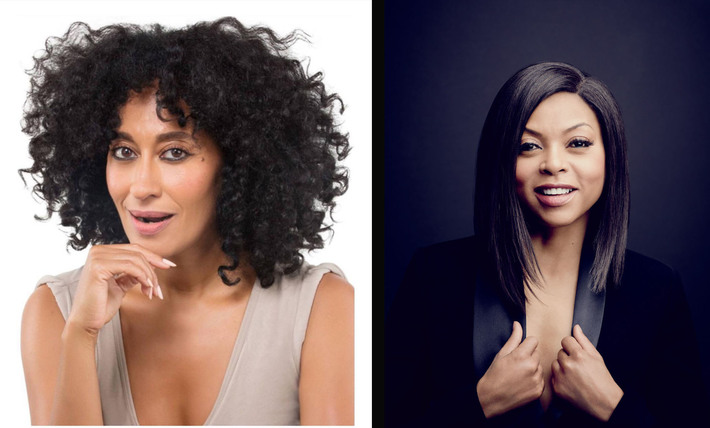 Taraji P Henson & Tracie Ellis Ross Visit Houston Rapper Y Sit GetteUp To Attend Weekly Therapy
Hip-Hop artist Y Sit GetteUp was arrested and sentenced to 10-12 years to jail in Atlanta back in August 2017, for drug possession, inciting a riot, and destruction of property. He was then transferred to Harris County Jail, Houston Texas July 2019. A Houston judge sentenced the rapper, putting his career on hold for at least the past two years. Later in July 2019, he was then arrested again and stationed in Texas.

Taraji P Henson and Tracie Ellis Ross attended every therapy session of Y Sit GetteUp in prison, while attending his drug program discussing mental health. In November 2019 judge ordered Y Sit on a 4 year probation, drug program and attend therapy every week. Y Sit's lawyer says "he will be in full compliance for his probation and is grateful he judge showed pure lenience for his case".

Taraji P Henson & Tracee Ellis Ross Says" Y Sit Situation Proves The Unfairness & Treatment of Rappers. Taraji P Henson, Tracie Ellis Ross along with many other celebrities are visiting Y Sit GetteUp attending therapy session in jail, discussing the importance of mental health in the "Black Community". Taraji P Henson and Tracie Ellis Ross Says "Black Americans are 67 percent more likely to suffer from serious mental health issues but also half as likely to use mental health services compared to white or Asian Americans". Therapy has been hard issue among African Americans and a very real stigma attached to seeking treatment for anxiety and depression in black communities. Its essential that therapy should be utilized for all Americans to help heal pain and trauma in order to bring about change into the communities. 17- year old children and younger have struggled & suffered the most also when it comes to getting therapy & help.